Ubehebe Crater in Death Valley National Park was formed by a powerful volcanic steam explosion. Known as a mar volcano, hot magma rising up reaches up to ground water where it the super-heated water turns into steam that is released in an explosion. It is believed the Ubehebe Crater was formed as recently as 300 years ago. The crater is 600 feet deep and a half mile wide.

Death Valley National Park, located in eastern California near the border with Nevada is one of the hottest spots on earth, holding the hottest recorded air temperature of 134 °F. The Park also is location of the lowest spot in North America, 282 feet below sea level at the vast salt flats at Badwater Basin. At 3.4 million acres, the park is the largest national park in the contiguous United States. Death Valley National Park sits between the Panamint Range on the west and Amargosa Range on the east. 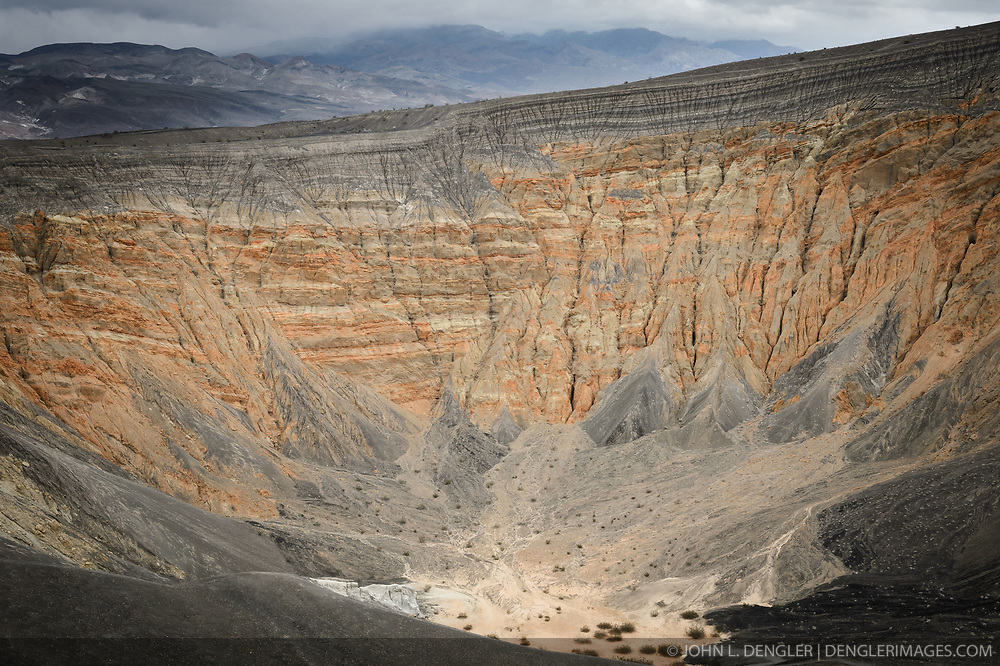