In this photo, Brett Slaughter, web producer for the College Photographer of the Year Competition, hugs Reed after she presented him with a special award for his many years of help with the contest. Holding a cellphone camera for a Facebook live session is Brian Kratzer, assistant professor of photojournalism. Reed has been the director of the College Photographer of the Year Competition for many years and in recent years has been co-director with Jackie Bell, associate photojournalism professor. 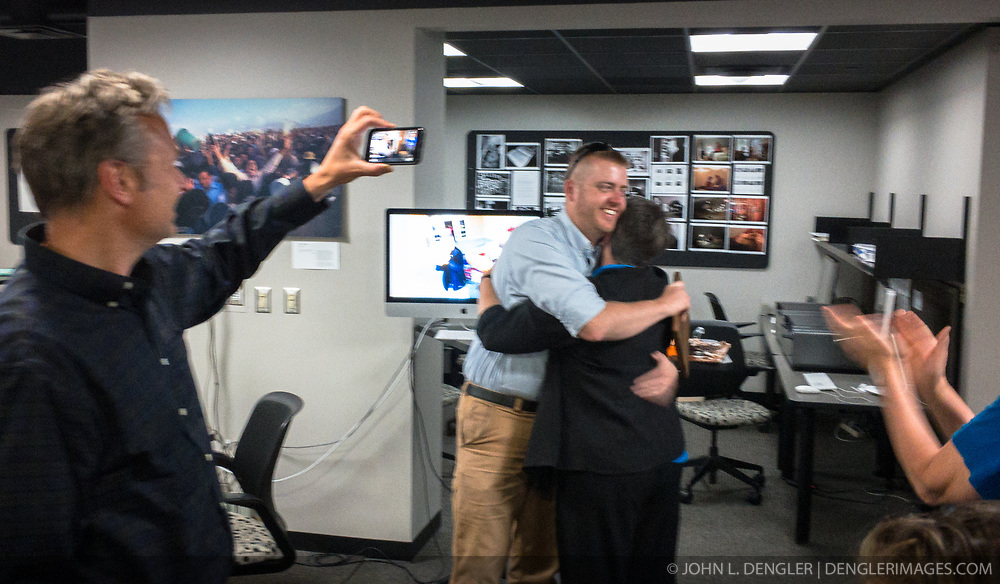