Here Reed poses for a photo, removing the nameplate from the door outside her office in Lee Hills Hall. 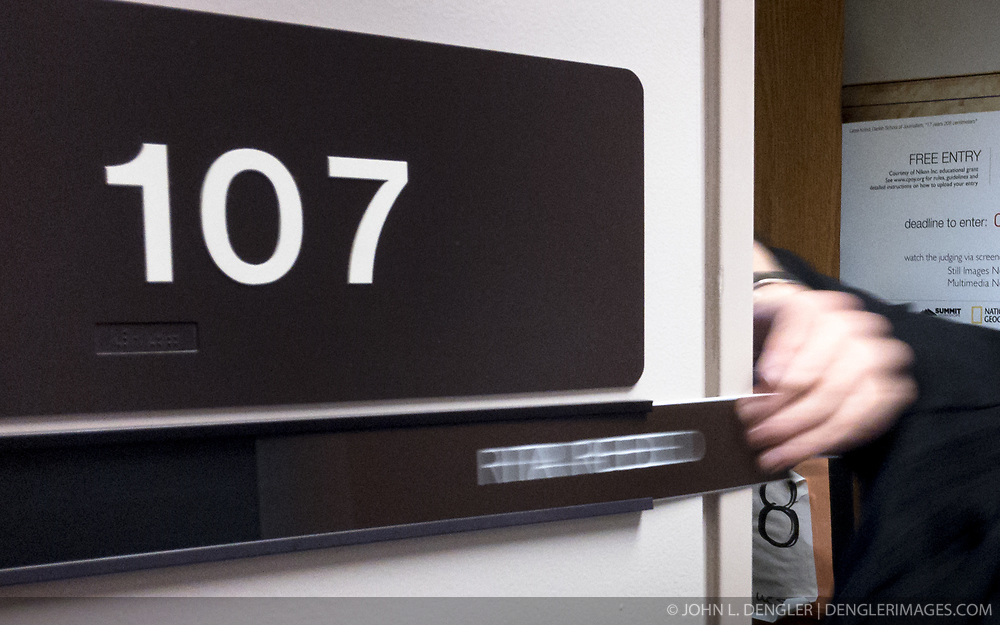