Joanne Waterman (right) talks about one of the historic doors of the restored fire hall on the grounds of historic Fort William H. Seward in Haines, Alaska with Susan Weerasinghe of Haines during a recent open house celebrating the completion of the fire hall restoration. The old door is used as a decorative element inside the fire hall. 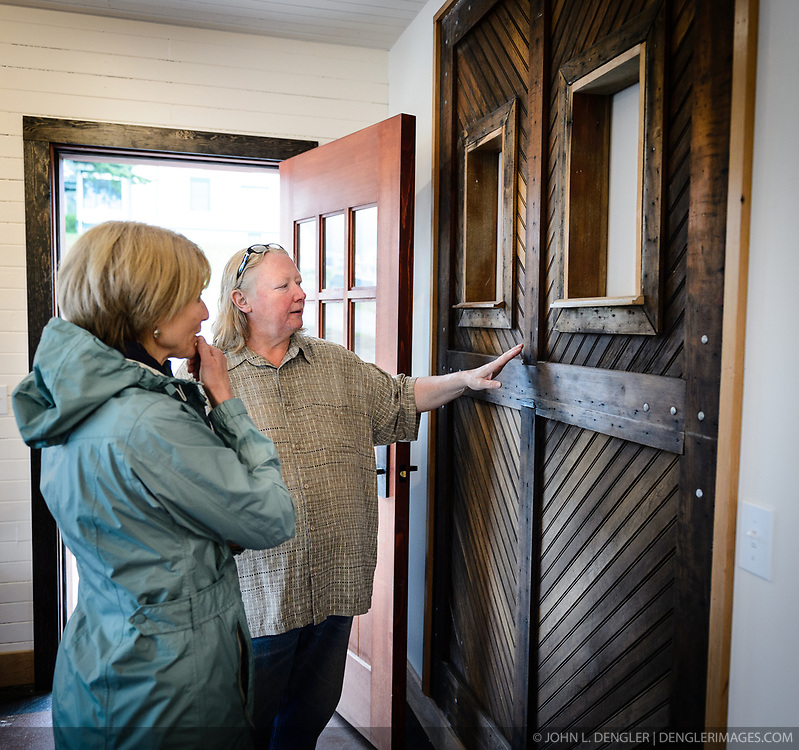