An American black bear (Ursus americanus), eats dandelions just outside the boundary of Kluane National Park and Preserve along Yukon Highway 3, near Gribbles Gulch in the Yukon Territory, Canada. While most of a black bear’s diet is vegetation, black bears are omnivores meaning that they eat both plants and animals (grasses, berries, roots, insects, fish and mammals). Black bears typically weight 200 to 600 pounds. Not all black bears are black in color -- some are brown or even blond. They are most easily distinguished apart from grizzly bears by the lack of the pronounced shoulder hump found in a grizzly bear. The black bear is not considered to be a threatened species, though care to keep them from getting human food and garbage is needed to protect them from conflicts with humans. Kluane National Park and Reserve is known for it's massive mountains, spectacular glacier and icefield landscapes including Canada's tallest peak, Mount Logan (19,545 ft.). The 5.4 million acre park is also known for it's wildlife, including grizzly bears, wolves, caribou and Dall sheep. The park is one of a collection of U.S. and Canadian national and provincial parks that form the largest international protected area in the world. Kluane National Park and Reserve was selected as a UNESCO World Heritage Site for being an outstanding wilderness of global significance. EDITORS NOTE: Image is a slightly cropped version of Image ID: I0000BKcCs4KBkEw. 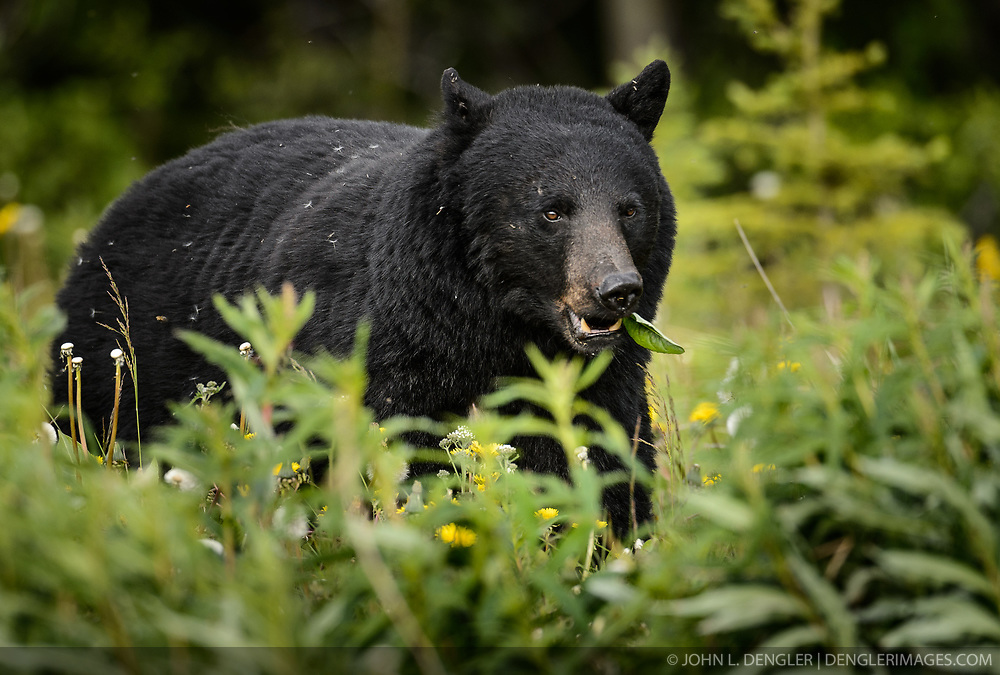