In this photo, Reed (right) speaks with former students, colleagues and friends via a live chat session. Holding the cellphone camera for the session is Jackie Bell, associate professor of photojournalism. Reed and Bell are co-directors of the College Photographer of the Year Competition. 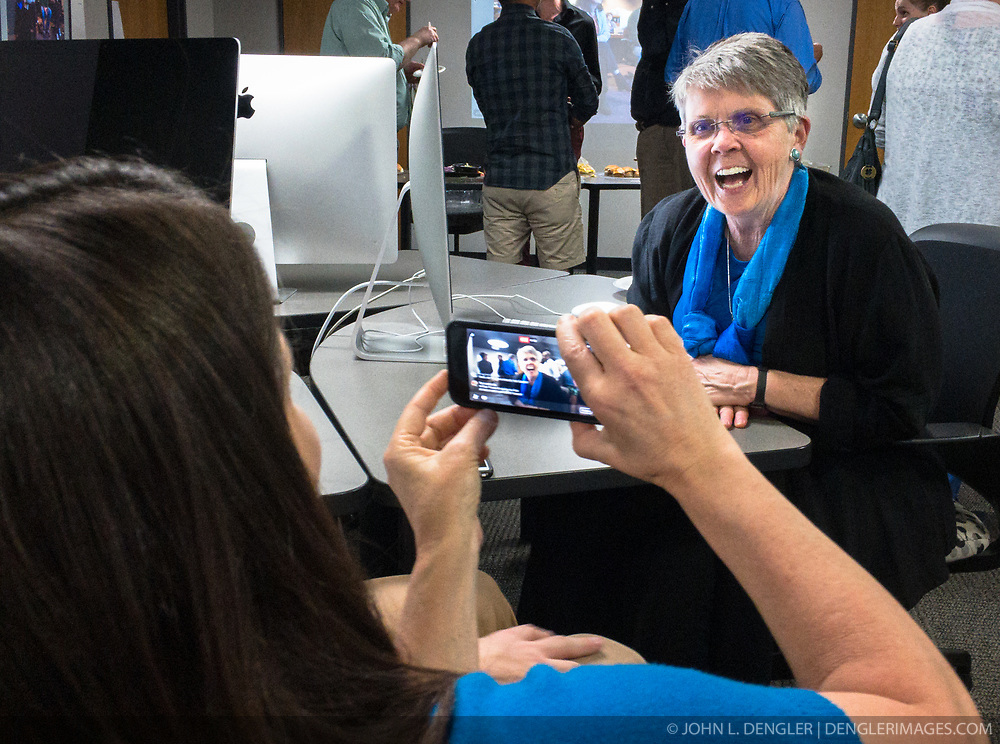