Joanne Waterman (left) and visitors watch a slideshow documenting the restoration of the recently restored fire hall located on the grounds of historic Fort William H. Seward in Haines, Alaska during an open house for the fire hall. rounds. 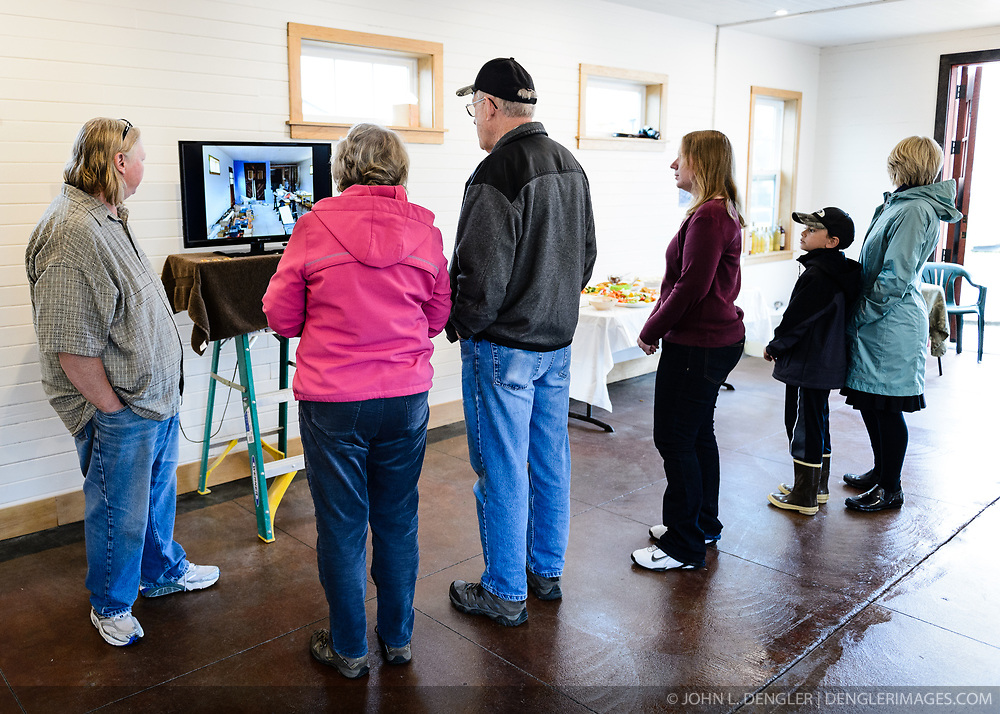